efore Debora Lascelles ’08 befriended teens living in tents and cars throughout Kitsap County for her documentary about The Coffee Oasis, she already understood them.

As a young mom, she fled domestic violence and lived in a Bremerton shelter with her 3-year-old son, taking just a single bag of clothing with her.

Now, she wants to shine a national spotlight on the causes of youth homelessness and possible solutions in a feature-length film titled Coffee for Hope. “If I’d had Coffee Oasis when I was younger, would I have made the same choices,” Lascelles wondered during a recent interview.

She noted that many of the teens and staff at the nonprofit, which uses its coffee shops to fund youth programs, have been through similar experiences to hers. One even stayed at the same shelter. “I’ve kind of become a mentor for some of the kids, sharing my experiences.”

Lascelles and partner Jake Ortega met in film school at the University of Southern California and moved to Washington to raise their daughter Ellie, who is now 2. They were looking for a project when inspiration struck, appropriately, over coffee at Poulsbo’s Coffee Oasis.

The two began volunteering with the organization and learned about the staff and programs before shifting to the point of view of young people living on the streets.

“I feel like it’s something that’s needed because there are a lot more homeless teenagers than people think,” said Toby, 17, one of the youths featured in the film.

Toby and Leo, 18, another teen that Lascelles and Ortega have been filming, said Coffee Oasis is more than just a place to hang out. “It’s place that we can feel safe,” said Leo, who shared that his family doesn’t accept that he’s transgender. “Coffee Oasis is a really good place to go if you need love.”

In 2017, the nonprofit served hundreds of youths through outreach, crisis intervention, case management, job training and more at four Kitsap locations and is poised to expand to Bainbridge Island and Pierce and Mason counties. The Olympic College Foundation has worked closely with the organization and is providing scholarships during the 2018-19 school year for homeless youth identified by Coffee Oasis staff as good candidates for taking college classes.

Dave Frederick, who founded The Coffee Oasis 21 years ago, hopes the film project will help people connect with homeless youth. “This puts human faces to (the problem), it puts the real story out there and that is huge just in terms of people wanting to do something about it.”

Lascelles has always been interested in socially conscious filmmaking. She wanted to be a journalist when she enrolled in Olympic College in 2005, but a newspaper internship changed her mind and a screenwriting class helped her find her passion. She earned a scholarship to USC’s School of Cinematic Arts and since graduating has worked on various productions in Los Angeles and had short films selected for film festivals.

Ortega, who is co-directing Coffee for Hope with Lascelles, said her gift is connecting with people. “It’s about being human first, not just making a film.”

The two have been working on the project for a year and plan to finish shooting in the summer of 2019. “We’re following some teen’s lives and we want to see how they change and how Coffee Oasis helps them. That’s not something that happens overnight,” Lascelles said.

The finished film will be about 90 minutes long and is being produced on a “microbudget” of $200,000. The couple have put some of their own money in and have attracted support online, from service clubs and from the Suquamish Foundation. They plan to begin submitting the documentary to film festivals by the end of 2019 and are also hoping to distribute it via a streaming service, such as Netflix, and screen it at community events.

Lisa Henderson, who manages outreach for The Coffee Oasis, said she’s eager to see the final cut. “(Debora and Jake) are just incredible people telling a really incredible story and I’m excited to see what happens with it.”

Find out more at www.facebook.com/coffeeforhopefilm/ 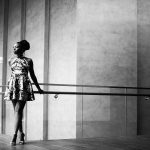